Just a few more days till Christmas! Edwin Elf is off to join Hogwarts as he loves the school sooo much!

Has Edwin been inspired by a certain Christmas Advert?

Elf's at it again!

Our Christmas elf has got himself into a particularly tight situation this time!

Well, it has been quite a week with Edwin still resident at South Grove. If everyone has been following his antics on the school’s website he has been very busy!

The children (and staff) have come excitedly into school each day to see what he has been up to next! Unfortunately he was very poorly on Tuesday and looking very unwell! The children thought that was disgusting! However, by Friday he had recovered well enough to go into space!

We are continuing to log Edwin’s adventures on the home page of the website whilst he is a visitor at South Grove and hope that he tries to behave himself. He has not done so well last week!  Make sure you don’t miss out, log on every day to see what he has been up to!

It all started as a normal school week…..

Three weeks before Christmas, Mrs Hunter-Leitch had been busy gathering the Christmas decorations in the library to be put up that day. On her way to work

Ms Doxon had picked up the Christmas tree, so it was ‘resting’ in its tree stand, dropping its pine fragrant branches, in preparation for its decorations to go on.

As always, at the end of the school day, the staff tip-toed out and the Site Officer turned out the lights and locked the school for the night.

It all began on Tuesday 4th December when staff returned to school the next morning…….to everyone’s surprise and amazement something had happened to the Christmas tree…It certainly wasn’t the usual decoration of purple and green sparkling tinsel or the shimmering silver baubles….or for that matter our purple elf that usually sits on top of the tree. 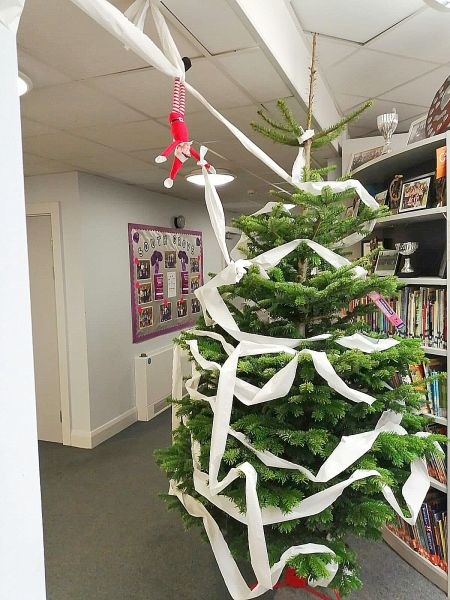 To our horror it was adorned with toilet tissue all around its branches from the very bottom to the very tip and beyond. Our eyes traced the end of the toilet tissue coming from the ceiling. Attached to this was… OH NO! A stripy elf with a red pointed hat and a cheeky grin was hanging upside down holding the paper! Does this sound a familiar story?

Mrs Hunter-Leitch promised she did NOT put it there and none of the staff or children could explain how he had made his way onto our Christmas tree. It was very mysterious!

The following morning staff and children arrived. The tree was now decorated as we all remembered from last year and sparkled bright with its lights.  The Elf had gone…..or had he? 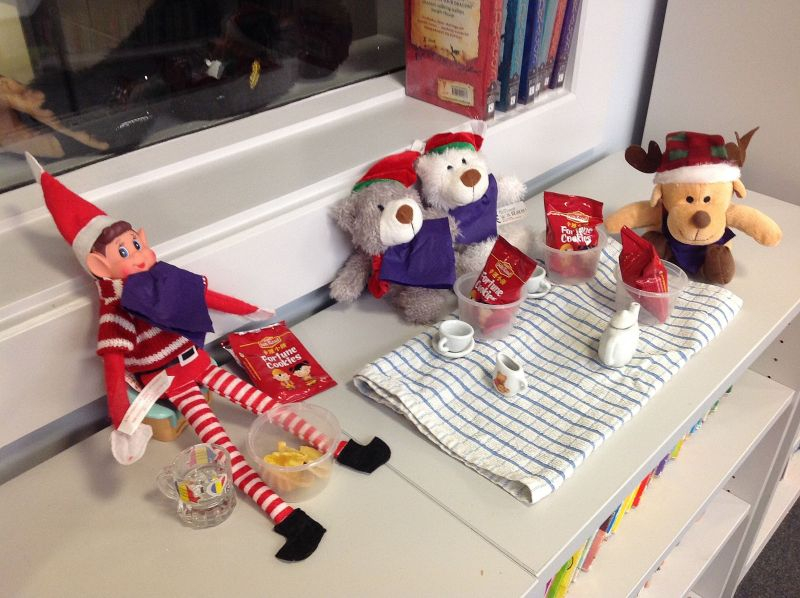 Sitting on a library shelf at what looked like to be a tea party with friends opening fortune cookies complete with purple serviettes! He had a fortune cookie message in his hand too.

He had many admirers during the day. He looked very pleased with himself with his guests at his party. The children kept wondering where he would end up next! He had a little twinkle in his eye that made us all think he was up to mischief! 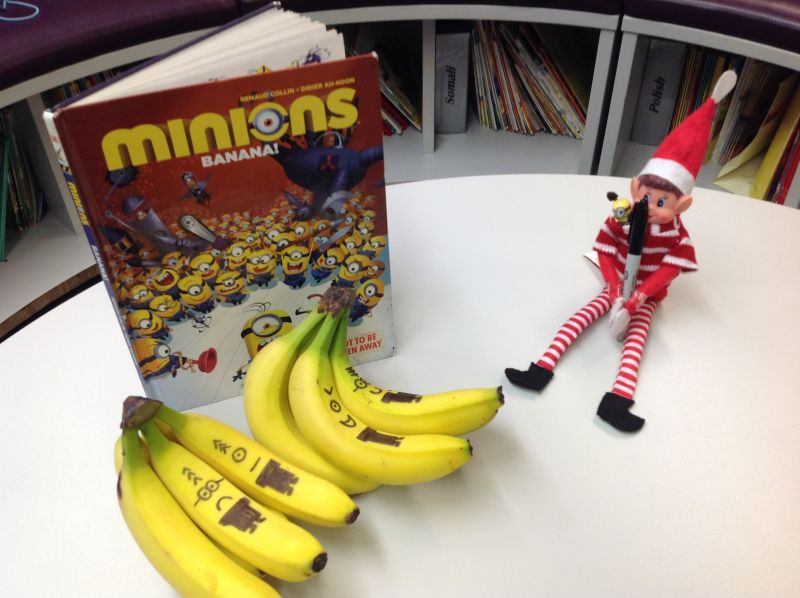 All at South Grove didn’t have too long to wait. Thursday 6th December arrived and sure enough Edwin the Elf was up to tricks! Look what he had done…. He’d teamed up with the Minions on the library table (although they looked a little strange!) Edwin looked like he was here to stay…. 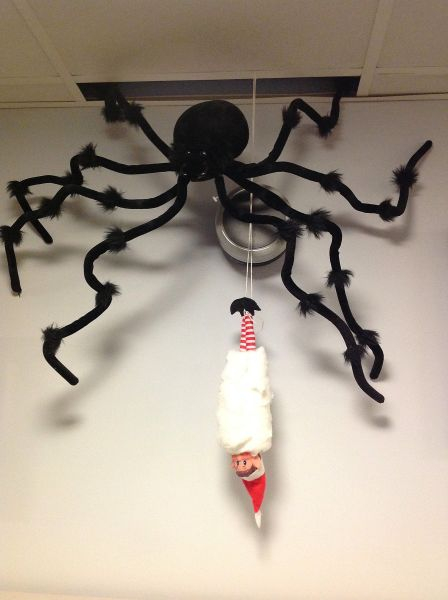 When Miss Maltwood arrived for work she thought she may need medical attention from our staff first aider…. A very large spider had captured Edwin (we at this point felt very sorry for him even though he can be very naughty….. He is in such a tight web we didn’t think he would be able to do anything naughty ever again…

What would that be the case everyone wondered….concerned that there were two days over the weekend. What would everyone return to and what would happen to Edwin?.... 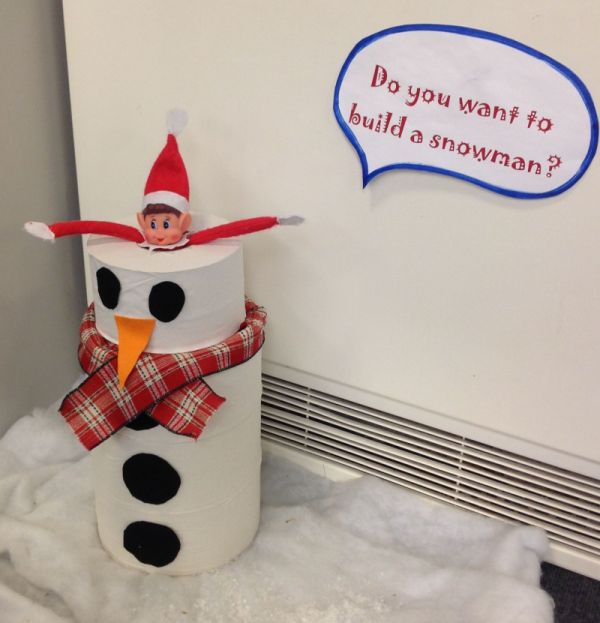 We are logging Edwin’s adventures on the home page of the website whilst he is a visitor at South Grove and hope that he tries to behave himself. Make sure you don’t miss out, log on every day to see what he has been up to! 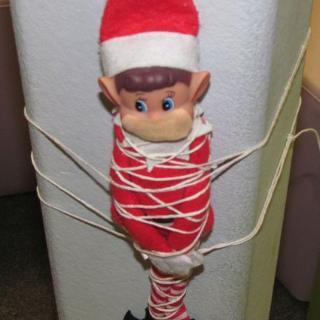